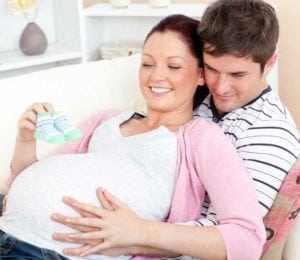 A few years ago I had a patient see me about his hair loss with his wife in consultation.   They both wanted him to have more hair, and since his hair loss was early, we started him on finasteride (Also known as Propecia)  and minoxidil (Also known as  Rogaine) with excellent results.  He regrew all his hair and did not need my skills as a hair transplant surgeon, so we left our next follow-up to be scheduled as needed.

Fast-forward several years.  Now my patient and his wife are starting their family, and in their online searching, came across some concerning warnings.  In particular, my patient was worried about the potential for finasteride-related birth defects if having sex with a woman who was pregnant, so they emailed me their concerns.  Given that this drug has been around since 1992, and is one of the most popular and well-researched drugs in the world, I said I would dig a little deeper to see what research might be available to back this up.  I also checked with the FDA on what has been reported, with a prominent men’s health physician (Dr. X) in San Francisco, and sent an email to a hair doctor group I participate in that has about 60 hair specialist docs from all over the world.

Here’s what I found: There have been no reports of birth defects in the literature from a male partner taking finasteride and no one in the doctor’s email group has seen or heard of a report that any trace of finasteride in semen from orally taking finasteride caused a birth defect while having sex when the partner was pregnant.  The FDA’s own website addresses this question ( https://www.accessdata.fda.gov/drugsatfda_docs/label/2011/020788s018lbl.pdf) on page 2/14 where it states:

Semen levels have been measured in 35 men taking finasteride 1 mg/day for 6 weeks. In 60% (21 of35) of the samples, finasteride levels were undetectable (<0.2 ng/mL). The mean finasteride level was 0.26ng/mL and the highest level measured was 1.52 ng/mL. Using the highest semen level measured and assuming 100% absorption from a 5-mL ejaculate per day, human exposure through vaginal absorption would be up to 7.6 ng per day, which is 750 times lower than the exposure from the no-effect dose for developmental abnormalities in Rhesus monkeys and 650-fold less than the dose of finasteride (5μg)that had no effect on circulating DHTlevels in men (see PRECAUTIONS,Pregnancy).

And when I the men’s health expert on the phone, Dr. X, he just laughed.

For my part, I would not be concerned if my partner was taking finasteride.  The current Internet phenomenon of ascribing multiple new and scary side effects to existing drugs (autism with vaccines, anyone?) tends to push more myths into the public domain than truths, but it is always wise to investigate.  In the final analysis, finasteride is safe for husband to continue using, and my patient was happy to hear that his new family would